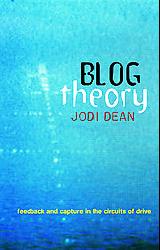 After having a few years to think about blogging, I’m finally ready to give it a try. But as a researcher and instructor in communication studies, I’m writing a lot anyway. So why would I add this blog to the list of things to write, especially since, according to a Pew study conducted last year, the perceived importance of blogs relative to other media is declining, at least among younger Internet users. So, why blog?

One might find inspiration in the idea that, as a form of social media, blogs are contributing to the transformation of media production, especially news production. For some writers, like clay shirky, bloggers (along with micro-bloggers and Facebook users) are a key part of the vanguard of the social media revolution. 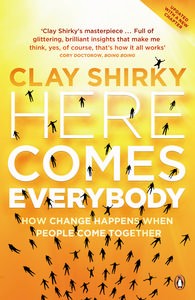 And shirky has many examples of blogging and other forms of digital content creation which had a significant impact on politics and the news media.

For proponents of the view, which could be called “social media optimism,” social media have a democratizing effect on societies, and it’s clear that blogs are helping to open up journalism and other types of media production to “everybody” (i.e., non-professionals).

Social media optimists often point to the Memogate scandal in 2004 as an example of the way blogging can effectively challenge mainstream news media in the U.S. There is no shortage of more recent examples of bloggers who have successfully used blogs to challenge the official media in authoritarian regimes (and there are many such regimes around the world). This includes the Iranian-Canadian blogger, Hossein Derakhshan, as well as Hamza Shargabi in Yemen.

In all of theses cases, blogging was an important source of information about political conflict and worked as a catalyst for organized political action.

But according to other media theorists, the impact of blogging on politics and the mainstream media tends to be vastly overestimated. Jodi Dean, for example, argues in her 2010 book, Blog Theory, that blogging is a part of a fantasy of “communicative capitalism” in which bloggers believe that “circulating messages” (posting, sharing, etc.) is an effective form of political participation. Political and economic elites are happy to let bloggers think along those lines because blogging diverts dissent safely away into cyberspace.

It’s a rather somber view. But after a decade of blog-topian rhetoric, Dean is correct to point out that it’s time to critically evaluate what blogs actually do in particular political, social and cultural conditions rather than assuming they are agents of democratization.

Setting aside the “big picture” issues of blogging for a moment, there are perhaps some less revolutionary but nonetheless important motivations for blogging.

Most bloggers can probably answer the question, “Why blog?” without hesitation. They do it because they enjoy it.

For cognitive psychologists, enjoyment is an “intrinsic motivation.” An intrinsic motivation comes from the activity itself. If I enjoy blogging because it gives me some degree of pleasure or gratification, then my blogging is intrinsically motivated. The engine for action comes from the activity itself. In this case, blogging is like a locomotive which propels itself and the blogger.

Does this give me a better sense of why I am blogging?

Many actions have both intrinsic and extrinsic motivations, so it’s no surprise that I am writing this post because I enjoy it (so far) AND because there’s a possibility (even if it’s remote) that I will eventually get some feedback which will reinforce the value I perceive in blogging and act as an extrinsic motivation to keep me writing and posting.

The intrinsic/extrinsic dualism seems to be cognitive psychology’s way of talking abut the individual and the social levels of action. If that’s true, then there’s plenty of overlap between the two categories. How do you categorize the pleasure of writing? Is that pleasure purely “intrinsic,” or is the pleasure of writing (and the desire to write) shaped by social norms about the value of certain kinds of writing over other cultural practices?

What I’m suggesting is that the intrinsic/extrinsic dualism can gloss over the social origins of desires and gratifications. That’s a pretty significant downside to these categories. But with some tweaking, they can still be useful for understanding why bloggers blog.

In this short inquiry into the raison d’être of my blog, I read an interesting study of bloggers’ motivations. The study builds on the intrinsic/extrinsic categories but goes further by outlining how motivations change over time.

In a 2010 article in New Media & Society, Brian Ekdale, Kang Namkoong, Timothy K.F. Fung and David D. Perlmutter examined the reasons why political bloggers blog. They built on the intrinsic / extrinsic categories of motivation, but the researchers developed 13 motivations that are specific to political blogging (see below). Then they asked 154 of the top political bloggers to rate how much influence of each motivation had their blogging, using a 0 (not at all) to 10 (very much) scale. 66 of the bloggers responded and completed the survey.

The researchers were interested in how the motivations for blogging change over the course of the “blogspan,” that is, the lifespan of a blog. So they asked the bloggers to give each motivation a rating for the influence it had on their initial blogging and on their current blogging.

The results of the survey are a bit surprising. The researchers expected extrinsic motivations to become stronger over time, and I can understand why. One might assume that the more time, energy and money invested into a blog, the more one will be motivated to maintain reputations, generate income, keep one’s career going, etc. It might also be assumed that such extrinsic motivations would become stronger over time particularly for writers who have made careers out of blogging, like the top political bloggers in the NM&S study.

Interestingly, the results suggest a different picture of blog motivation. All motivations (both “intrinsic” and “extrinsic”) for blogging increase in influence during the “blogspan.”

(There is one exception to this rule. What the researchers called the “Let off steam” motivation decreased over time. The more experience the bloggers acquired, the less “letting off steam” was the key motivation for blogging.)

Another interesting finding in this study is that the most significant increase in ratings between initial and current blogging occurred in the two categories of motivations related to the mainstream media:

Over time, the desire to influence and critique the mainstream media became increasingly strong motivations to continue blogging. These political bloggers began with a fairly jaded attitude about the potential of blogging to affect mainstream media. One blogger told the researchers that, early on, it seemed to him/her that most political blogs were “vanity projects” dressed up as challenges to the media and political systems.

Gradually, the more that they worked on their blogs and paid attention to other blogs, the more the bloggers viewed blogging as way of contributing to alternative ways of thinking about issues in the news media and drawing attention to events and issues that are left out of mainstream news media.

The study was done on the “top bloggers.” These are bloggers who have successfully established a reputation and perhaps even a career in the political blogosphere. So, the findings of the study – that blogging increases motivation to blog over time – probably shouldn’t be generalized to all blogs or all bloggers.

But it’s short-term motivation for this post at least.